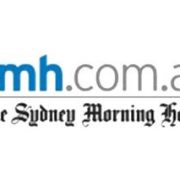 Constant interest rate increases made by the banks to shift borrowers from interest-only loans to principal-and-Interest mortgages are squeezing incomes at a time of record-low wage growth and exploding household debt.

While owner-occupiers have suffered rate increases in the order of 40-basis-points over that period, borrowers with interest-only loans have borne the brunt of higher rates.

Interest-only loans are now on average about 70-basis-points higher for owner-occupiers and 100- basis-points higher for investors than if the rate had tracked the cash rate. The increases are set to continue, as banks encourage borrowers to switch to principal-and-interest loans as a response to the prudential regulator’s derisking of the overheating east coast property market.

A requirement by the Australian Prudential’s Regulator’s Authority to cut back interest-only loans and reduce lending to investors has caused the rate rises as banks seek to reduce demand for riskier loan products.

Although ANZ passed on a five-basis-point rate cut to owner-occupiers paying principal-and-interest on Friday to offset a 30-basis-point rise on interest-only loans, the changes are the equivalent of an eight-basis-point rise across the whole mortgage book.

Macquarie analyst Victor German said the push to encourage borrowers to switch to principal-and-interest loans was “another hit to household disposable income.” A borrower making the switch would see their monthly repayments increase by about 40 per cent, which German said “will ultimately lead to further reductions in disposable incomes and put even greater pressure on highly indebted households.’

For the most indebted 10 per cent of households in the country, many of which are on interest-only loans, the switch to higher repayments would reduce disposable incomes by up to 6 per cent, Mr German said. Westpac is currently defending allegations it failed to properly assess borrower’s ability to repay loans at the end of the five-year interest-only period.

Interest-only loans, where the principal is not paid down for about five years, is currently account for about 40 per cent of all loans written. APRA is trying to reduce that to below 30 per cent. With the restrictions placed on all banks, Mr German said other lenders would be forced to follow ANZ’s rate rise to prevent customers from simply jumping ship.

Over the past two months, rates for investor and interest-only borrowers at most banks have risen by as much as 56-basis-points, according to new research from Rate City.

It comes in a period of stagnant wage growth and exploding household debt, mainly driven by surging house prices. Australians are also eating further into their savings, which is an unsustainable driver of economic activity.

Shaw and Partners analyst Martin Crabb said the level of savings was “plummeting” as household mortgage repayments rose above the long-term average. “We were saving an annual $107 billion back in 2012; today it is $57bn.” Mr Crabb said.

The average level of interest payments as a share of household income over the past four decades was 7.7 per cent. “Today is it 8.5 per cent”. Mr Crabb said.

The latest monthly survey by Digital Finance Analytics found 24.8 per cent of households were suffering mortgage stress in May, an increase from 23.4 per cent in April. Households are “stressed” when income does not cover ongoing costs.

According the CLSA analysis, every 10-basis-point increase in variable mortgage rates takes about $1.4bn of discretionary spending out of the economy.

Morgan Stanley analyst Richard Wiles said home loan repricing was likely to continue. He forecast that the banks would push through two rounds of rate rises to offset the cost of the banks levy and APRA’s new rules for larger capital reserves, which are expected to be announced in the next two months.